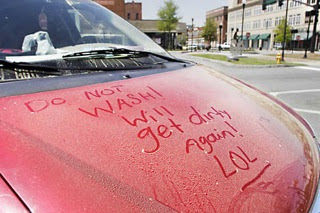 I think we all can attest the Spring market has “sprung” here in the Triangle. We see more and more buyers in the office by the day and more contracts are crossing my desk for review. Agents are busy at the computers pulling listings and calling CSS to schedule showings…washing off pollen from their windshields and paying $3.84 a gallon to fill their tanks!
Below are some stats we pulled together for this blog…
Total TMLS Homes Sold:
Feb 2012 saw 1,475 Properties closed in all MLS zones compared to Feb 2011 where total sales were 1,161…this was a 27% increase in closed sales. The past 8 months have seen positive closed sales month to month over the prior year.
Average and Medial Sales Prices:
Average and median home prices fell in Feb 2012 compared to last Feb. The Average Sales Price for TMLS for all of 2011 was $222,960 … whereas the average sales price for Feb 2012 was $205,932. Both average and medial sales prices fell 11 of the past 12 months.
Pending Sales:
Feb 2012 saw a large increase in Pending Sales numbers as well…1,784 homes went under contract in Feb 2012, verses 1,383 for Feb 2011…a 29% jump!  The last 10 consecutive months have seen positive numbers for Pending Sales.
Days on Market:
Days on Market rose again for Feb 2012 to 134 days…last Feb it took an average of 121 days from list to contract. The annual average DOM for the Triangle in 2011 was 127 days. 10 of the last 12 months have seen a rise in DOM over the previous year.
Housing Affordability Index:
This index measures housing affordability for the region…an index of 120 would mean the median household income was 120% of what is necessary to qualify for the median-priced home under current market conditions…a higher number equates to greater affordability.
The Affordability Index for the Triangle for Feb 2012 is 206…Feb of 2008 the Index was 149. What a difference 4 years can make!
New Agents Getting into the Business:
1,067 new real estate licenses were issued in the State of North Carolina in 2011 compared to the all-time high of 13,265 new licensees in 2007. The number of agents in our local association at year end 2011 was 5,587 compared to 6,999 at the end of 2007. Fewer area agents means less competition for buyers and sellers…but that does not mean you can let your customer service slip. Now is the time to work your book of business for referrals and stay focused on lead generation and customer service!
Economic Impact of an Existing Home Purchase:
NAR estimates each home sold (at the median sales price) generates $30,792 of economic impact before the historical relationship between new and existing sales is considered and $58,529 of economic impact when that relationship is taken into account.
Historically existing homes sell at a ratio of 8 to 1 to new construction. New construction has an economic impact of the labor and material cost added to the factors where existing doesn’t because it was constructed in the past. When a new home is constructed, the entire price is added to the value of GDP because it is “new Production”.
Assume that 9% of the median home price goes to closing costs, fees, moving expenses, and real estate related industries such as inspectors and appraisers.
Most home buyers will spend $5,000 with-in the first 12 months after closing on furniture, blinds, landscaping, etc.
Fonville Morisey
Fonville Morisey was the Number 1 region for Long and Foster for the largest gain percentage in both Volume and Units Sold.  While TMLS was up 29% in Pending Sales…Fonville Morisey was up 42% over the same period. Fonville Morisey was also up 42% in Closed Sales while TMLS was up 27%...Beating the average by 15 full percentage points!

I hope you find this information valuable…for more info please feel free to call 919-785-4201 or email ebrown@fmrealty.com.
www.ICU-Coaching.com
Posted by Coaching For The Real Estate Professional at 3/26/2012 04:34:00 PM No comments:

How Bad Do You Want It?

At a recent Turning Point Event in Richmond Brian Buffini  shared with us a video of Eric Thomas talking with young men and women about goals and desires to be successful. The video can be seen at:  http://www.youtube.com/watch?v=SPf0sClRgrU&feature=related
This video has an extremely good moral…How Bad Do You Want It?  What are you willing to sacrifice to be successful?  Are you willing to give up sleep…. parties… social media… even your cell phone to be a success? How much pain are you willing to endure to reach your goals?

“All men are created equal…some just work harder in pre-season” ...Quote by Emmitt Smith
Exposing The Seven Threats to Agent Productivity-
1.     No Systems for lead generation
2.     To many Emotional highs and lows
3.     Not Standing Out among the competition
4.     Lacking Structure and Time Management skills
5.     The inability to Manage Cash Flow
6.     Not acquiring the Skills the market requires
7.     Lack of Consistency
And Eric’s bonus threat… *Quitting when you feel just a little pain…
If you are feeling like you can’t meet your goals and success is passing you by… take a few steps back and ask the real you to stand up and take charge of your life. Feel the pain… but make it work for you in a positive manner.
If you need more structure in your life 1-on-1 coaching may be the solution. Call Eddie at 919-785-4201 to learn how ICU-Coaching systems can help the real you stand up… and stand out!
Eddie Brown 2012
www.ICU-Coaching,com
Posted by Coaching For The Real Estate Professional at 3/20/2012 09:04:00 AM No comments:

Why Do Bad Habits Feel So Good?

And Why Are They So Hard To Break? 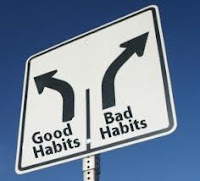 An old Chinese Proverbs says: “Habits are like cobwebs first; Steel cables last.”
If you make good habits, good habits will make you. This bit of wisdom has been around for centuries. We are all creatures of habit…Aristotle once said “If we are what we repeatedly do…Excellence, then, is not an act but a habit.”
Think about it in this manner: Have you ever been driving and been engaged in a conversation with a passenger or become deep in thought about an event going on in your life? Have you ever “woke-up” and thought “I don’t even remember the last few miles!”
While your conscious mind was distracted and attending to the conversation or deep thought your subconscious mind was driving your car…slowing down and speeding up, using the brake and turn signals and watching for on-coming traffic. Research shows that the subconscious mind is 1 million times more powerful than the conscious mind.
Habits are formed deep within the subconscious mind…and they can be your friend…or your worst enemy. Good habits make our life easier, our bodies healthier, our relationships better…but as we all know bad habits can be very destructive to our lives.  Habits become ingrained through repeated actions… and habits good, bad, or neutral are difficult to break.
Habits Die Hard!
You become a servant to your habits…as stated before “We are what we repeatedly do.”To change, or break, a habit first you must identify the habit and become self-aware that you have the habit. To effectively break a habit we must learn to break the cycle which causes the habit…mere will power and resistance to the behavior, without a deep shift in thinking, simply will not work.

Secondly, you must accept and own the habit: Take responsibility for the behavior and the underlying thinking which feeds it. What is the subconscious thinking that gives the habit its power over you?

The key is turning this data into meaningful knowledge and an acute awareness, and then use it to intelligently establish new patterns of behavior…or new habits. Self-defeating habits tend to build on one another... so take on your habits one at a time…losing a few bad habits can help make your good ones even stronger!

“Successful People are simply those with Successful Habits” – Brian Tracy